Reynolds Fine Furniture store has become a familiar sight for the Bognor locals, but what many of them don’t know is the rich history behind the business itself. Founded by Samuel Reynolds in 1867, the business has never left his family, and is currently run by 4th, 5th, and 6th generation direct descendants. Since 1867 it has grown from a small shop to the biggest furniture store in Sussex, and a landmark sight in the Bognor Regis town centre.

The Reynolds business began as a variety of different services. As well as being a furniture store, advertisements of the time described the company as ‘auctioneers, appraisers, house agents, cabinet makers, upholsterers and undertakers’. To this day, only the furniture store and funeral service are still standing, in addition to the self storage facility in Canada Grove. The furniture store itself has gone through many refurbishments and extensions, and even survived having the shop windows blown out during the Second World War. The art deco design we see today is almost 80 years old, having been built in 1939, although since then the storefront has undergone many refurbishments, finally achieving the current design in 2004.

The funeral service was known in the past known for its glass sided horse-drawn hearse, one of which now stands in the window at their premises in Longford Road. Though the business began using motor cars around 1927, it still offers the option of a traditional horse-drawn carriage, a gesture to the early days of the company.

Aside from the business itself, the Reynolds family has made many important contributions to the people of Bognor Regis throughout history. Frank Reynolds, who joined the business in 1897, showed an avid interest in photography and in 1900 joined the Bognor Photographic Society. It is thanks to Frank Reynolds that we have so many old prints, sketches, and photographs that show the development of Bognor Regis into the town we see today, helping us to learn more about the important history of Bognor. As well as this, Frank was both a founder and a member of many of the town’s associations, including the Bognor Regis Rotary Club and the Bognor Golf Club. His and the family’s contributions have been incredibly important to the growth of the town in the last 100 years, and the business remains a historic landmark of the town to this day.

The company has come a long way since the tiny furniture store founded in 1867, and yet even now it is run by direct descendants of the original founder, Samuel Reynolds. By keeping the company as a family-run business, Reynolds are able to provide a service more personal and individual than any other. They continue to make contributions to the town of Bognor Regis and the people in it, and hope to be able to do so for many more years to come. 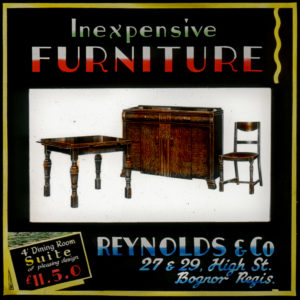 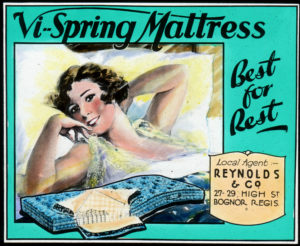 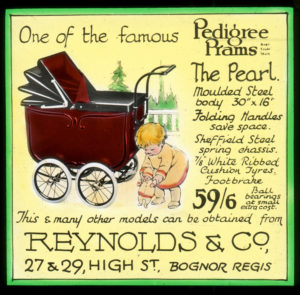